. all I need to do is add the mawpups if required. However I completely understand if others want to keep their options open. I struggle to get enough game s of KoW in, let alone other games too. 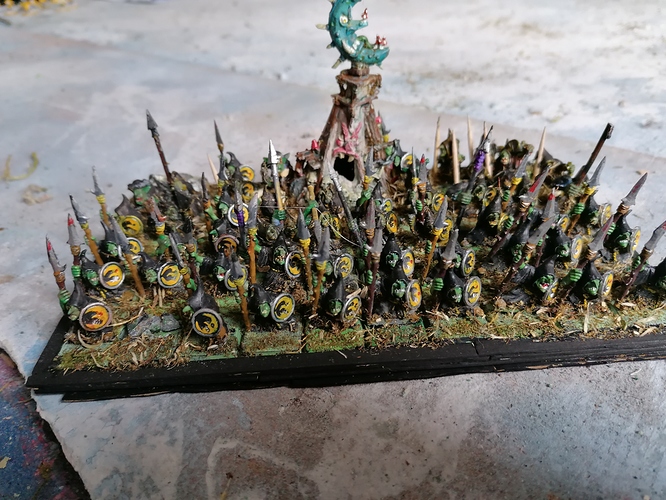 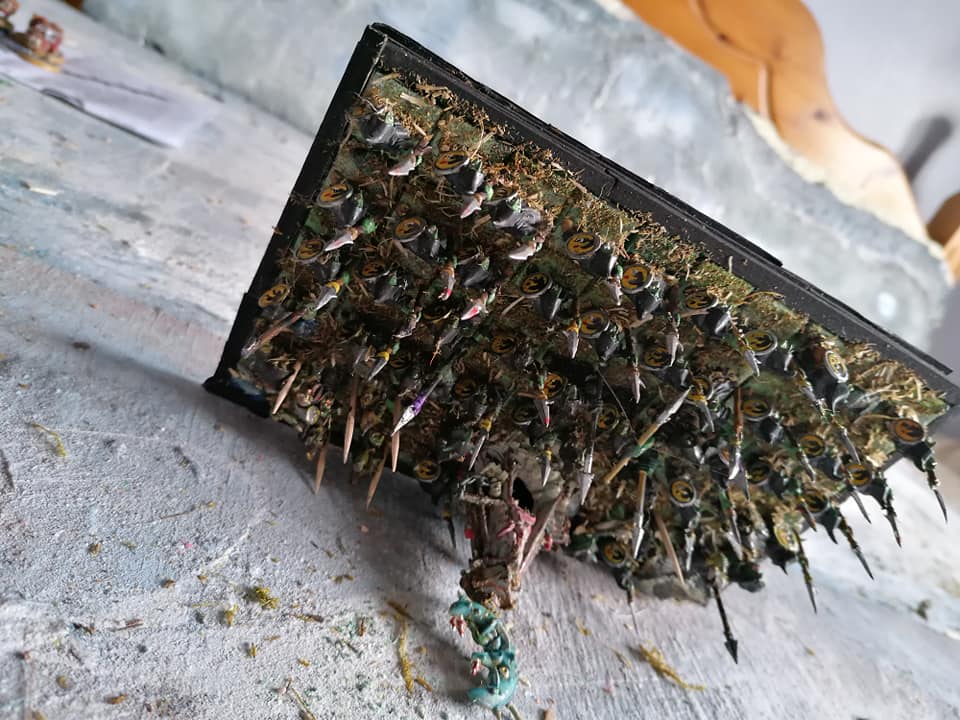 I have a different opinion of multibasing and playing other games. Back in 7th and 8th ed of Warhammer.

I was already creating base fillers for units back in those games. Stuff like a few models on a base sized for 4 with extra terrain details or conversions. It was actually becoming fairly common from what I saw, so before I stopped playing 8th I was already making my first multibase. Most of my opponents appreciated this since it made for faster games, even compared to some of my magnetised units.

There wasn’t any complaints about model removal issues as we just discussed how to do it before a game.

I do keep a few other models spare for small skirmish games. But I’ll never play a mass skirmish game like AoS. The number of models that need to be moved individually makes it unplayable for me.

It was actually becoming fairly common from what I saw, so before I stopped playing 8th

funny thing is, in 4th and 5th Editon, using unit bases was even suggested by GW and they sold Multibases and advertised in in the Army books
like using 1 Base per Rank for 4 Models and just keep the first and last Rank individual based was very common
this kind of basing disappeared with 7th Edition as 5 wide units were needed (and GW did not sold any 5 model bases) and Magnet Bases became a thing

with 8th increasing the amount of models needed but also made them die like flys, unit bases (and fillers) were common again (another reason for fillers was that newer models did not fit in Rank&File and needed space between to arrange them)

Yep - these were all unit filler bits for my mercenary empire army. Greatswords, & free company got bolstered with these - I had others for hand gunners & crossbow units 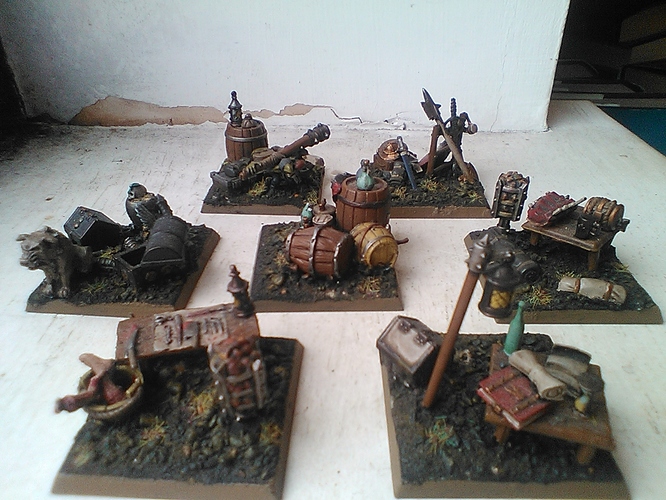 I’m conflicted on this.

I see the beautiful bases others are doing and find I don’t have the space on my bases for such work. When I break units down to their smallest allowable unit size - usually 40 x 100 there is little room to add fancy basing without dramatically reducing model count. Visually I don’t like reducing the count too much. Even without fancy basing many miniatures are now 25mm+ base size as they aren’t produced for rank and file games.

I might go magnet and movement tray for my next army just to experiment.

I don’t mind about locking the minis in place. I’ll never play a block game with singles and if I’m playing a proper skirmish game I’ll paint the few dozens it requires in the space of a few weeks or months.

There is a fine balance between the base and the model count, in my opinion. I’m not generally fond of using minimal model count, as the base tends to look spartan, and does not have a rank and file army feel to it. However, with some models, it’s nigh impossible to squeeze the minitures onto the required base they are assigned, (Frostfang Cavalry being a fine example). So, it is a case of finding a good balance. With some armies, where ‘rank and file’ is a loose concept, like Orcs or Zombies perhaps, and everyone is eager to get into battle, then you can cram them tightly together at the front of the base to reflect this, and leave space behind for the decoration of the base itself. You naturally wouldn’t see such reckless anarchy in a regiment of Dwarf or Roman legionaries, who would maintain discipline even while wading across a bog or through dense forestry. So the models and army need to be considered . However, for my personal preference, i do like a populated look in my bases rather than the look of 'straggling survivors of a nasty encounter, struggling home after the battle 'type .
This said, the more i create multibases, the more i get out of them, and the better at it i am getting, (IMHO) .
Although i tend to avoid a spartan model count, i also dont always concern myself to cram every single model required on the base, and can usually shave off one or two from a unit for use in Vanguard or to go towards another troop, without making the base look model shy.

When I break units down to their smallest allowable unit size - usually 40 x 100 there is little room to add fancy basing without dramatically reducing model count.

If that is the basic intention, then doing much in the way of scenic basing will get tricky/more complicated. I generally get a feel for what I want from the army when building it and construct stuff accordingly.

I’ve therefore got full horde based models, some in regiments, others smaller. For example I’ve built a horde, 3 regiments and 2 troops of draugr/zombies; have a number of full pike hordes etc.

There’s only so much space on a 10x4 cm base, that’s true. That’s why I tend to build in hordes; 20x8 is quite some more real estate. Most of the time, I make sure I can split up them into troops, though. And there’s always the possibility to use some height.

For instance, my lower abyssals are a horde formation that depicts a ruined temple. It can be split up into four troops if needed.

That said, most of my hordes feature PMC (used to be 7 per troop, it’s 7,5 these days) to avoid those sparsely-populated regiments. Sometimes it’s hard to fit that 7th or 8th model on the base, but I’ve got to draw the line somewhere. It’s 7 for me.

My blog features quite a few multibases and couple of tutorials. (Regulars will have seen them often enough as I do repost the link from time to time)