Hei guys and gals and other kings of war hobby aficionados!

Back in the start 2000s I played Whfb with orcs and goblins, and I had lots of painted and unpainted minis. The quality of the paintjobs, and the number of unpainted minis was high. So when I began to play KOW i started an abyssal dwarf army, but always wanted to go back and redo the orcs. So back in september last year I was sick and tired of painting bearded vertically challenged abyssals, and found my ol’ greenskins. I debased and stripped them of paint. Even bought some new stuff to fill the missing holes in my army list.

So just wanted to share what I have painted so far, and later share some new hot stuff!

Orc Krudger mounted on a Gore 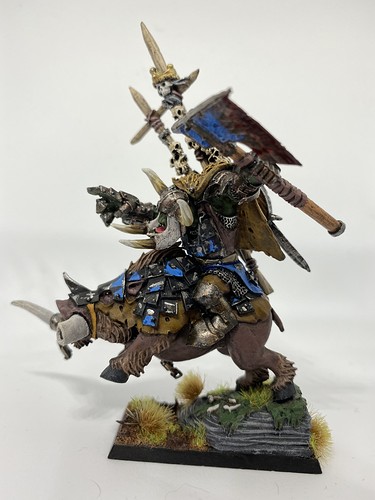 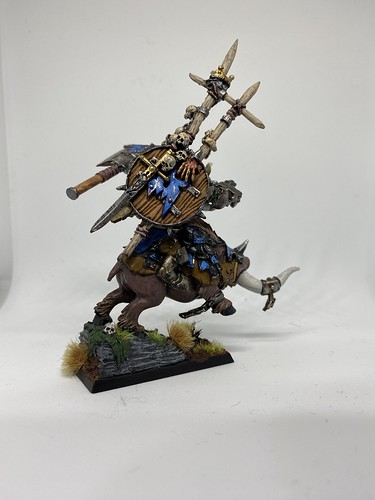 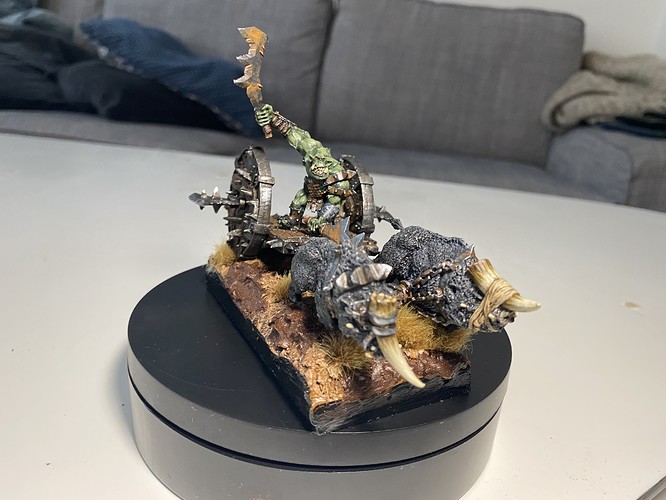 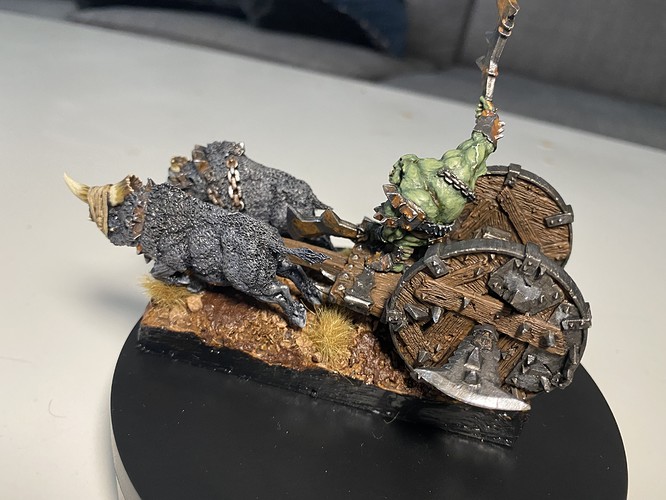 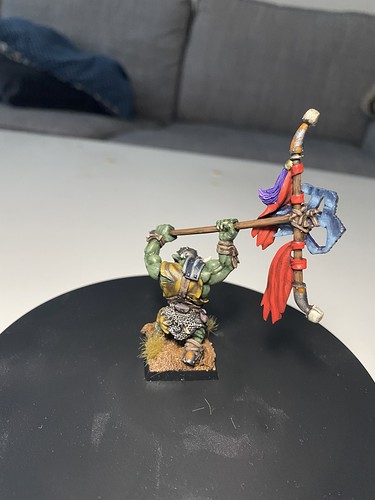 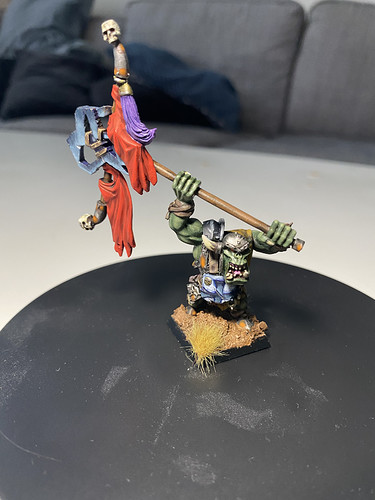 Orc Flagger mounted on a Gore 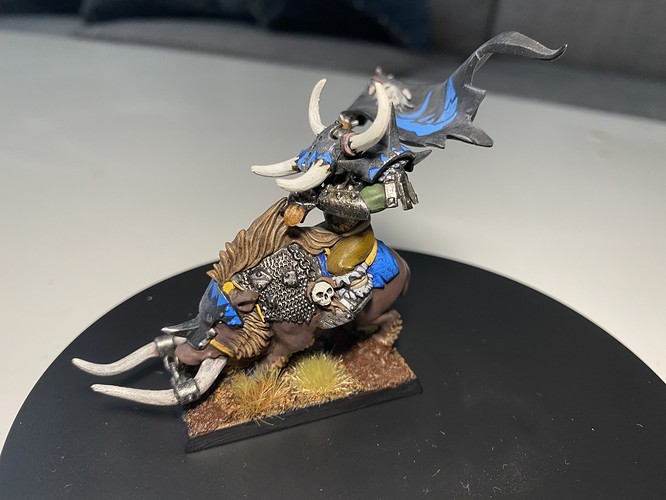 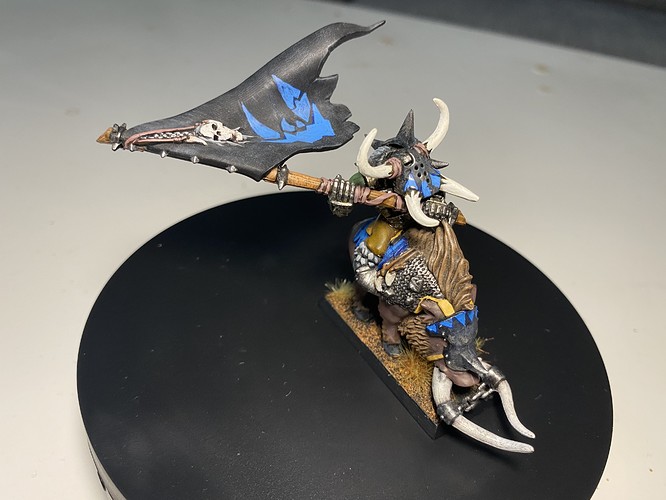 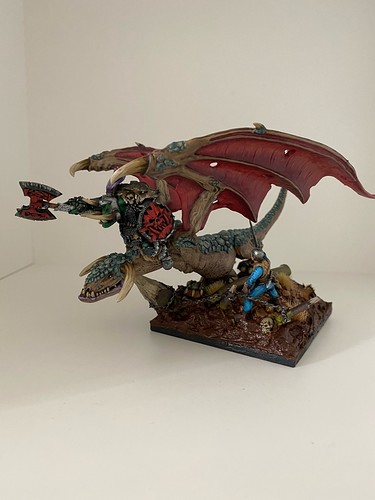 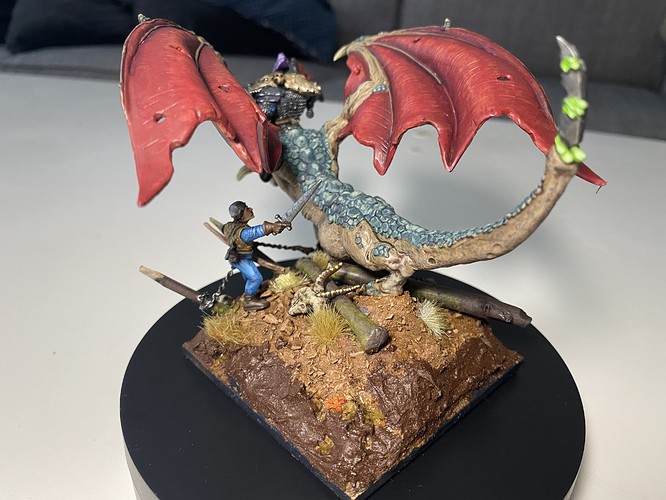 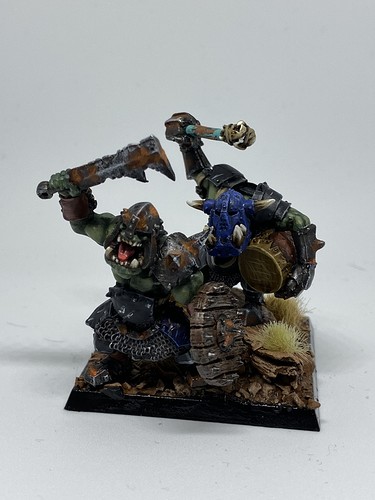 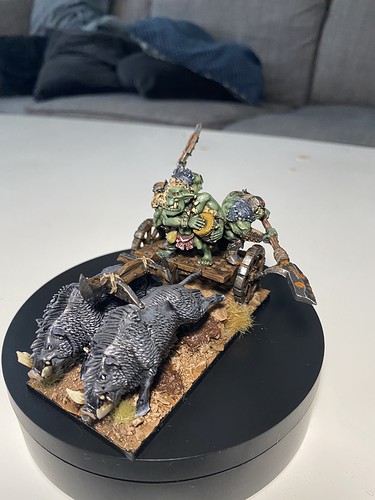 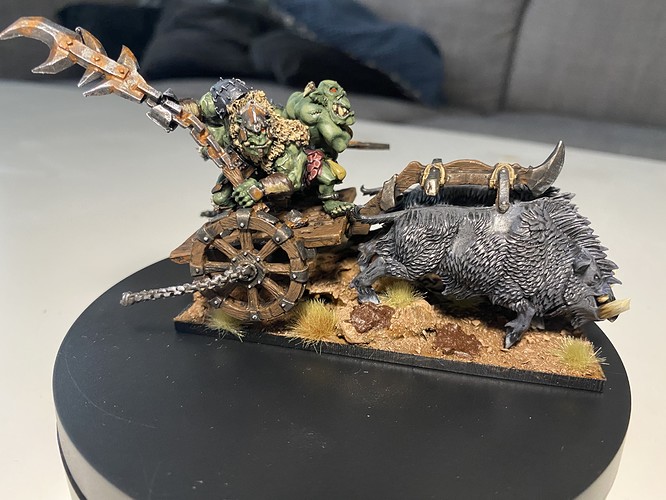 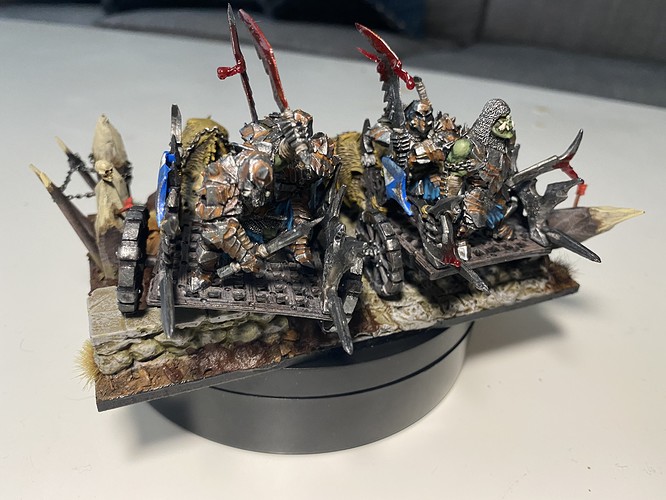 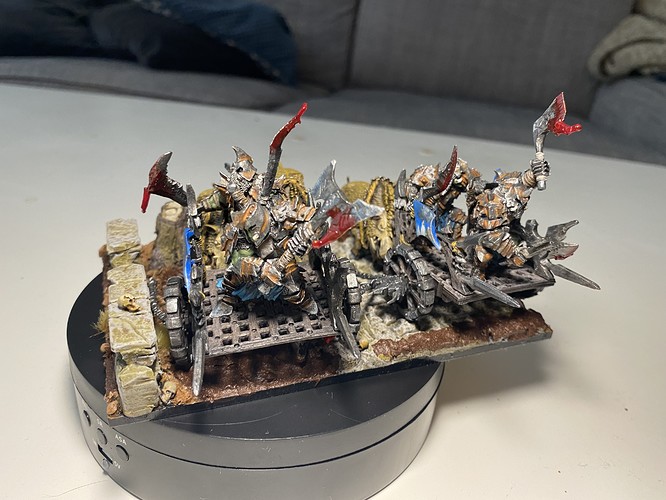 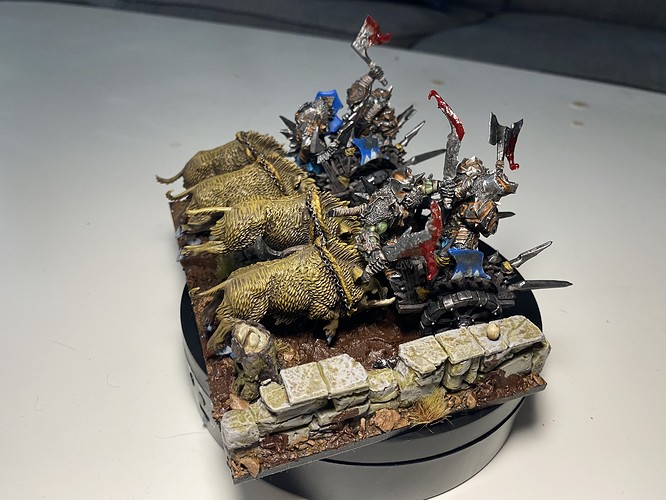 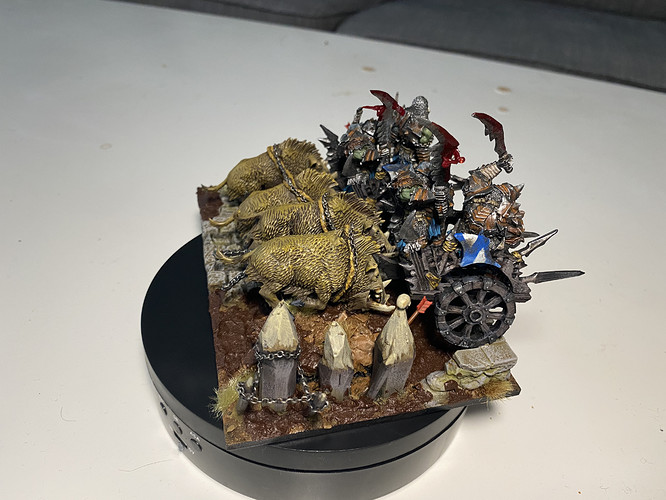 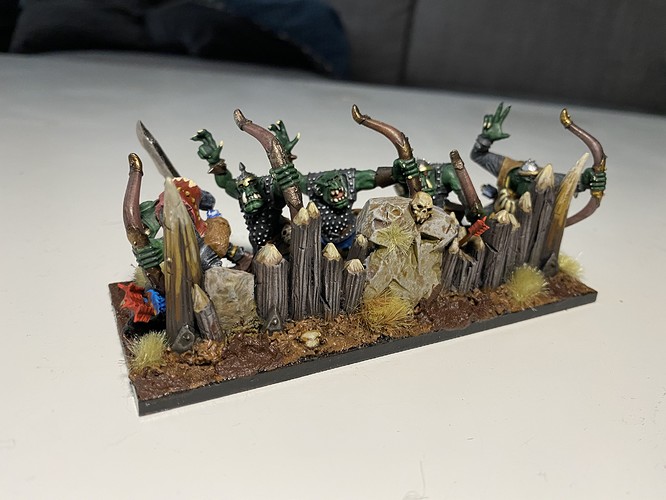 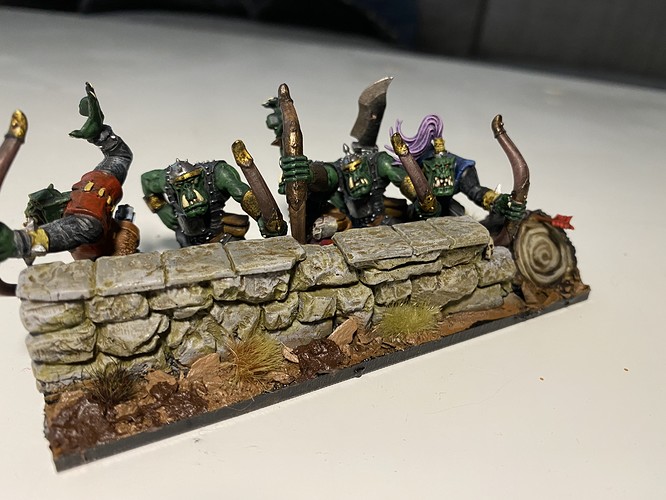 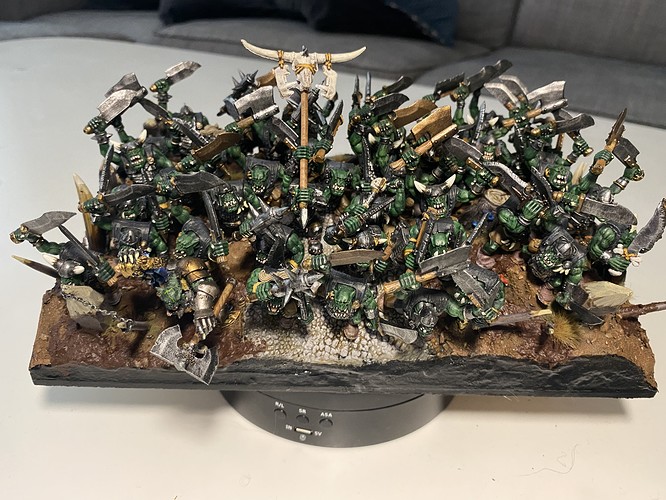 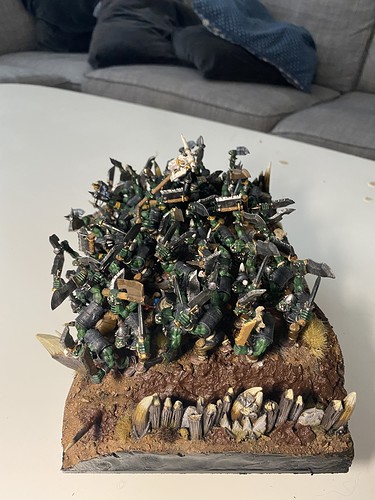 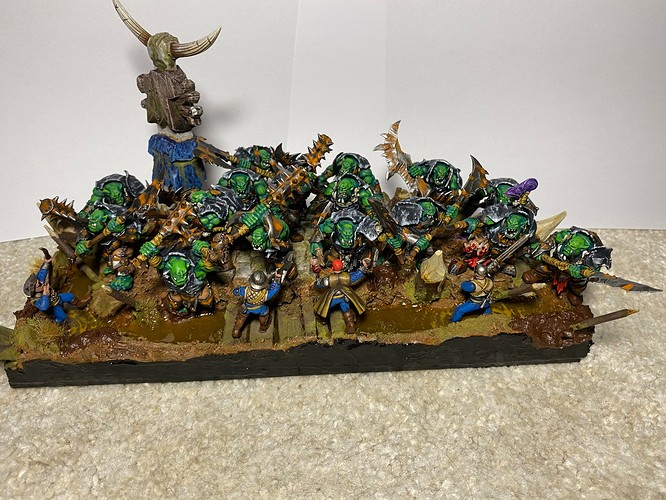 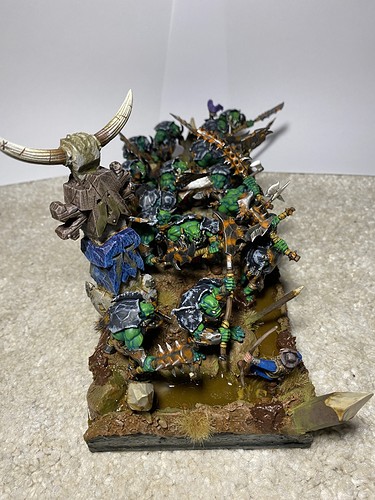 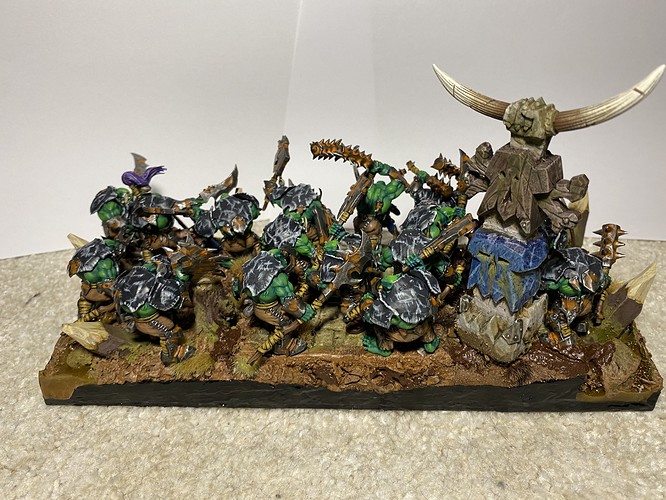 Really nice army. The winged Slasher especially to my eye looks superb - so much motion and a great paint job.

Looks great, love some of those bases too, fantastic

Looks great, although I’m not sure that the skulks are up to PMC (preferred model count) but they look awesome.

@PrinceoftheNorth I’m nowhere near preferred model count on many of my units. For instance my skulk troops, it seemed crowded and uncool to fill it with more models. But if possible I will always try to have somewhere between MMC and PMC on the multibases (sometimes I’m just lazy and think I will paint up the rest at some time in the future

That legion in particular! Great work on the tide of orcs.