It’s time to celebrate our hobby achievements for 2022. A few of us made some New Year’s resolutions 12 months ago and it’s time to let everyone know how you got on!

I had several resolutions that I made at the start of 2022.

I attended a local 1 day tournament earlier in the year and had a blast! I would have gone to more but it never worked out. I also played a few games at a local club and a few peoples houses. I’m lucky we have such a friendly community in Sydney Australia.

Got them all done! Also added some Mantic gur panthers to my cav. 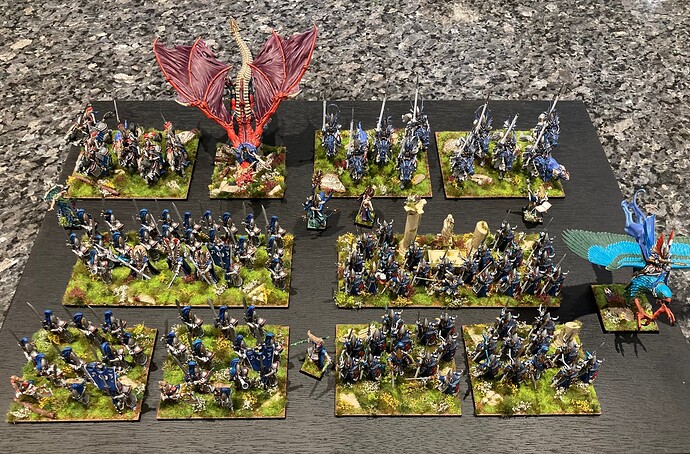 Didn’t make this one. I could have, but I got distracted by real life. I’m very close to getting this done though!

I really dropped the ball on this one. I painted about 25 minis to completion (not all pictured)

Several reasons why this happened. Primarily I think I overestimated how much I could paint due to COVID. In 2021 I painted close to 80 minis, but I was working from home for several months. This year I was back full time, sometimes doing 6 day weeks.

Another reason is this cutie, who as you can see has totally sapped my energy!

Didn’t even try this year, too motivated by Kings. 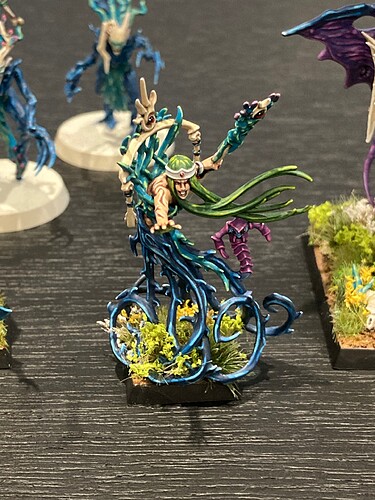 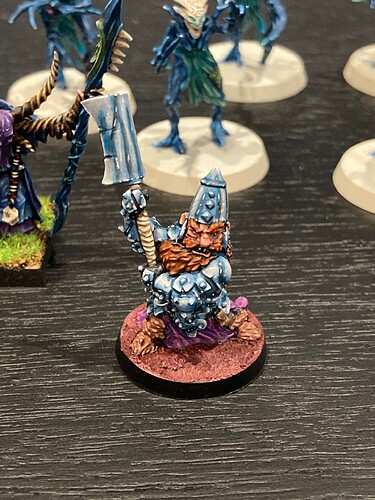 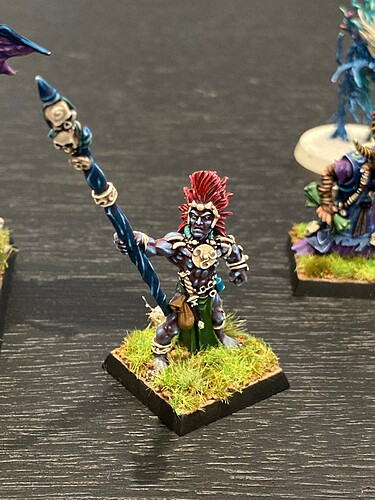 Ramble over. How did you all do?

Completed this year (wow, so much more than i really thought I’d do!)

Not done:
Finish Abyssals for DS
Rest of the Dwarf warband
Magwa and J’os so
Mazon Labs from Star Saga
Star Saga Scenary
Abyssal Warband that I got for cheaps off ebay (done a couple but barely any!)

I’m pretty happy with this outcome! A few highlights below: 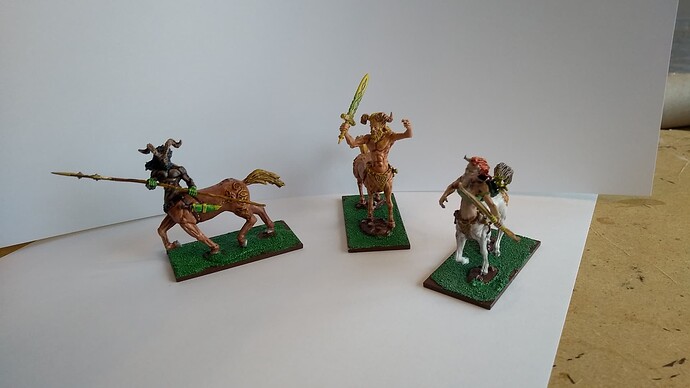 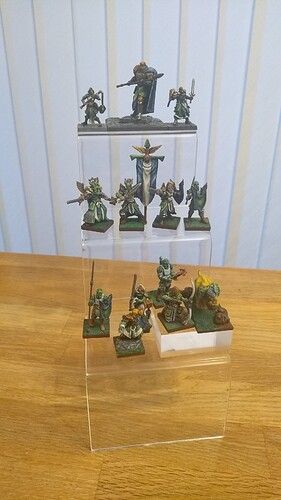 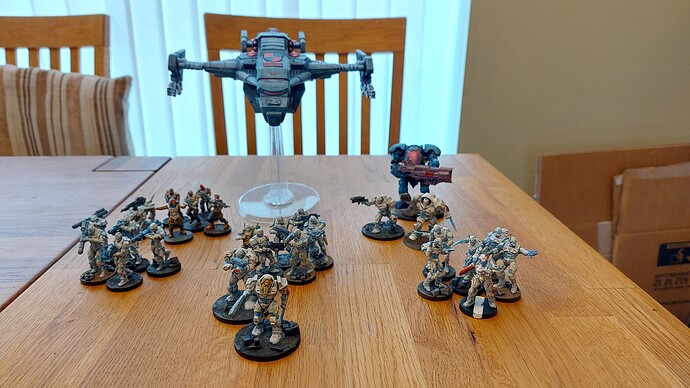 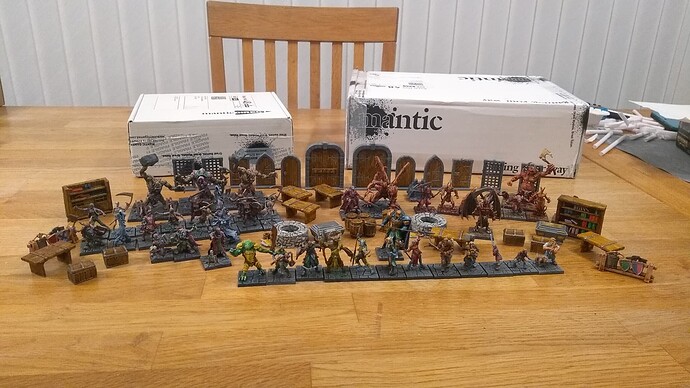 Couldnt find a picture of the frostfang, but he’s one of my favourite models of the year. Also happy to hVe been able to speed paint so many enforcers, even if the quality isnt as high as my vanguard stuff. 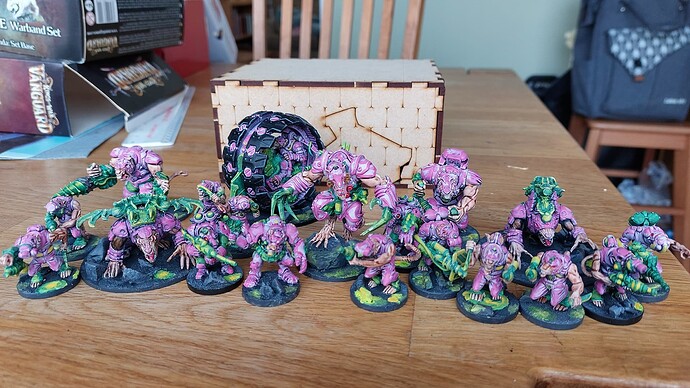 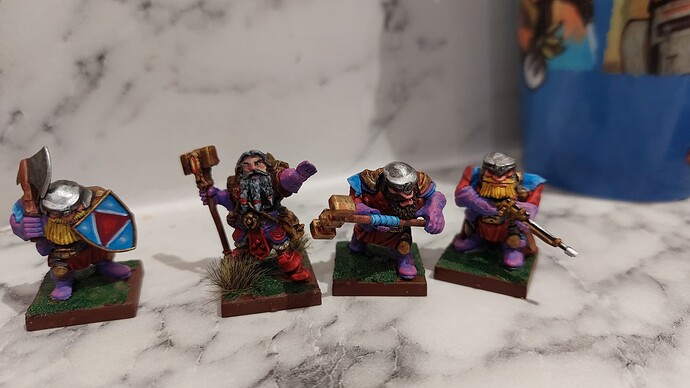 Extras i forgot to add to the photos

Yours all look amazing! Even if you feel you didnt get quantity you definately got quality! Great effort. My kids are older now so more time to paint - new borns are tough as i am sure youve found.

… which means that the Deadzone stuff I meant to take a closer look at is still sitting in the box, but I’m having fun painting that Dragon now. And I did manage to finish that Drakon Horde finally, at least that worked out!

And yup, those little ones

do sap your energy @MechaSturgeon ! And later on they try to steal your brushes and tug at your painting arm and then - the most evil tactic of all

- they smile at you and squeal with glee and make you go “awwww comere, I’ll carry you around for another hour!!”

… and then there goes the day

“Not to paint more than 3 armies”

Halflings and undead made their tournament debuts, LoR had a run out while FoN, KoM & Brothermark got used in friendlies.

“Play once a month”

Didn’t manage this, but got 3 events and a reasonable number of games, plus one mega battle, done.

A few of my favourite units, in no particular order 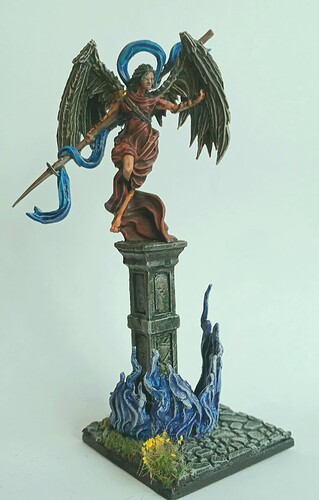 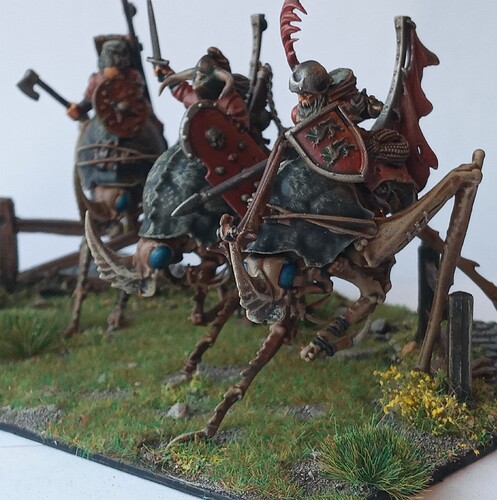 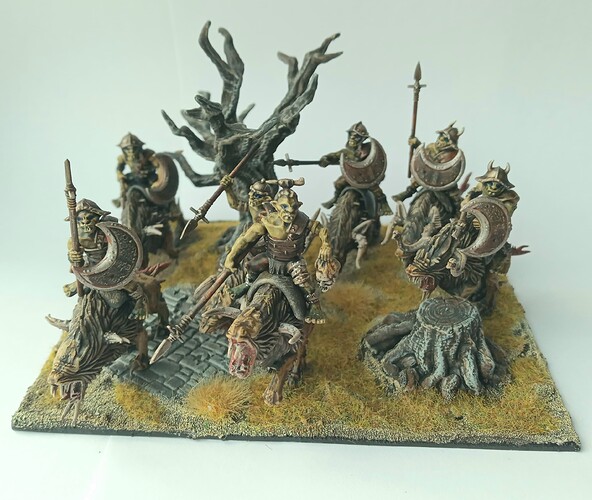 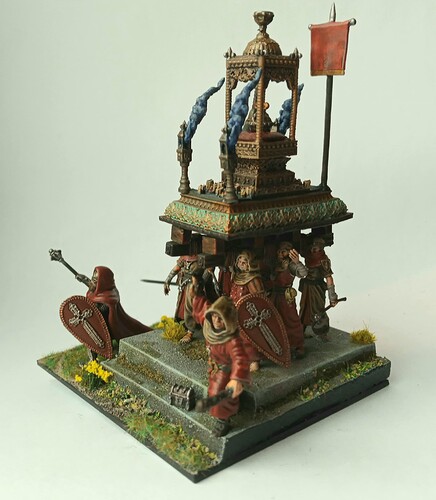 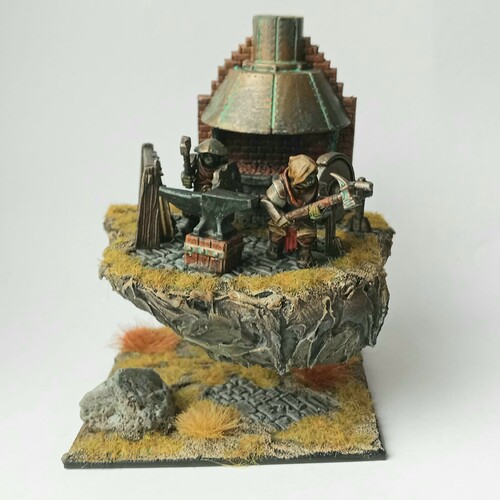 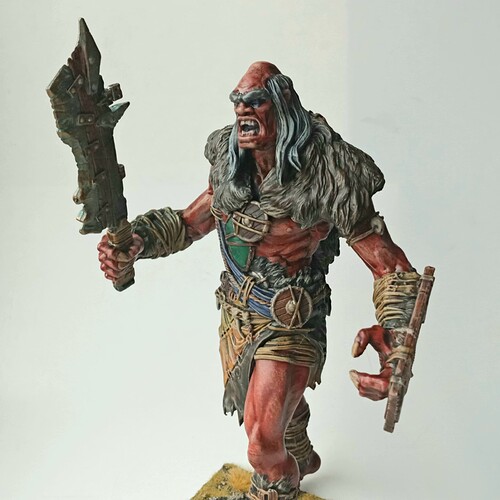 Your warpath/deadzone stuff looks great @screamingaddabs! I was impressed with the enforcers then saw the dreaded pink vermin, very cool.

@Sceleris, you truly are a monster, the most prolific painter I know of! Your KoM bug knights are also genius!

The new arrival is a bit of a handful, but I wouldn’t have it any other way!

Here’s what I set out to do:

For Kings of War:

Not Kings of War:
-Get my 15mm Medieval (German) army done.
-Round out the Early Imperial Roman army that I got as a gift and get it painted.

I have not gotten much further than my update in July.
I got the nightstalkers I was talking about done, but aquired more nightstalkers and didn’t quite get to them.
I did get all my painted KoW models on the table at least once though.

I got my 15mm 15th Century Germans done and rounded out the Romans, but only managed to paint the legionares.

Between my toddler and my PhD getting going again, the second half of 2022 was not great for hobby.
My re-submission deadline is this week, so I’ll likely get the nightstalkers done in January.