A combination of having an urge to get my minis out even though games are still not an option and being glad that Steve Hildrew and Elliot Morrish found a use for pictures of my dwarfs led me to spend my Sunday morning hauling out my night-stalkers to take pictures.
Not as quite like taking them out for a game, but it’s something I suppose.

I used a list of night-stalkers that I actually own models for in Call to Arms long ago, which I wrote these battle reports for.

Army1451×597 304 KB
This is the shot of the lot before I added a planar apparition, found more suitable models for dread fiends and added some extra pumpkins (from Rapier Miniatures).

Speaking of the planar apparition, she’s from Privateer Press: 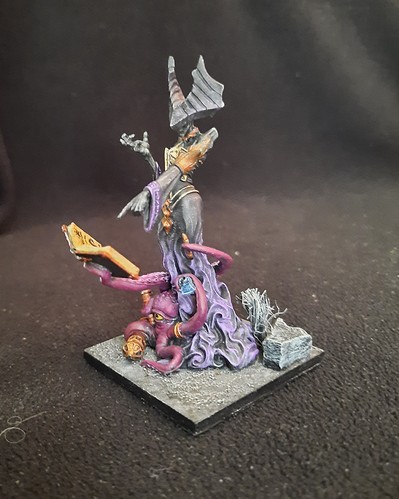 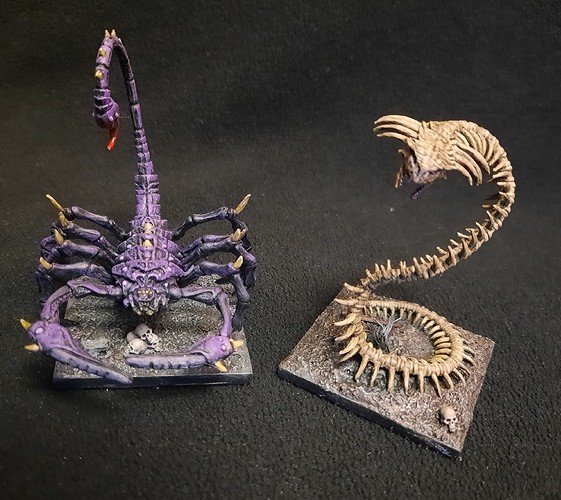 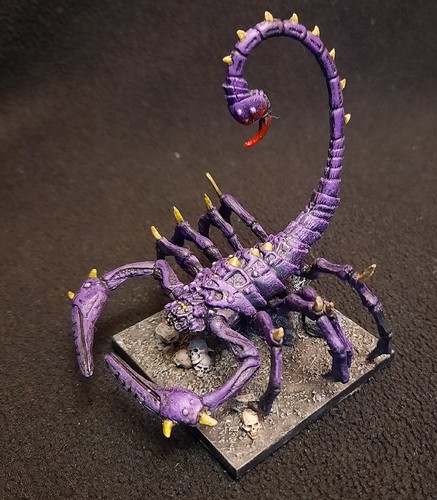 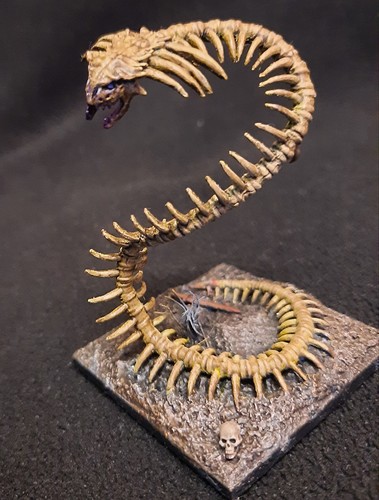 Now for the rest of the units: 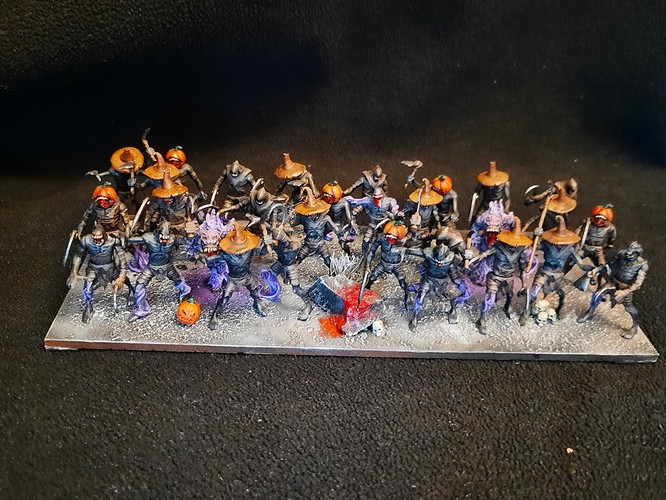 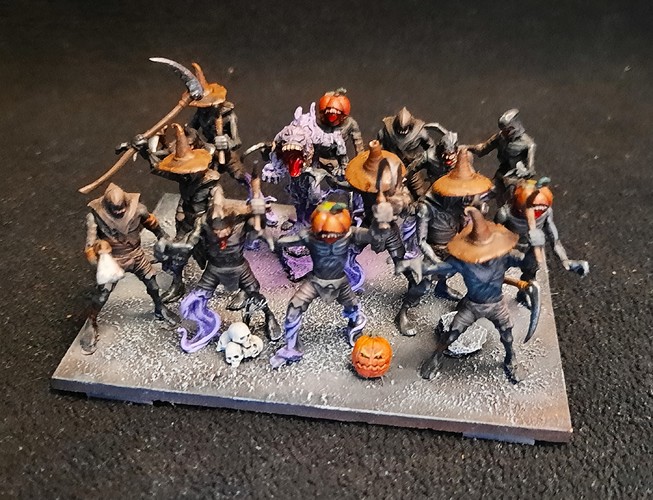 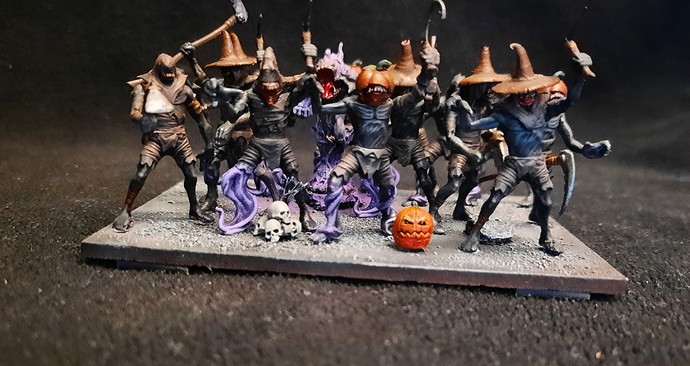 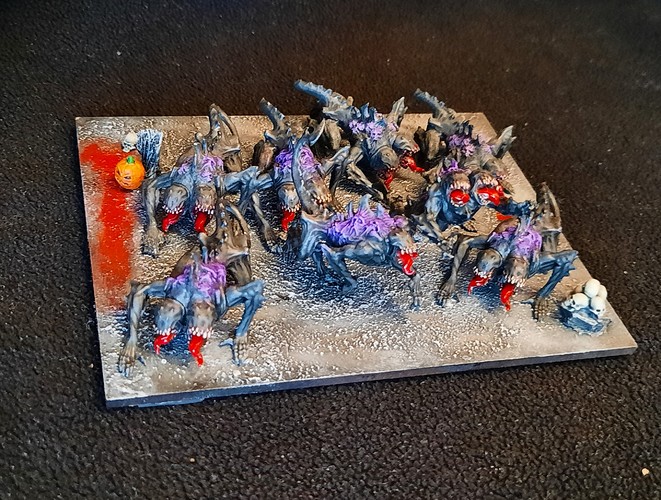 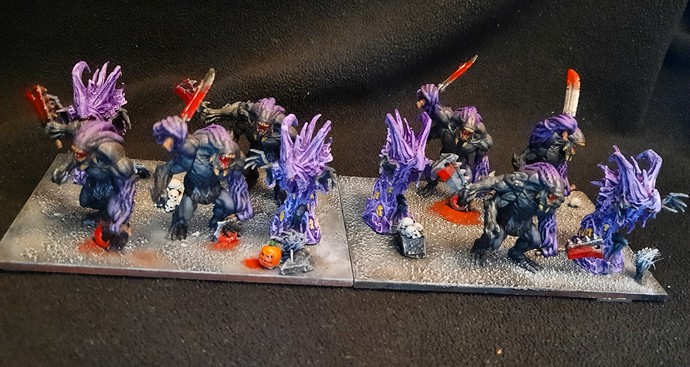 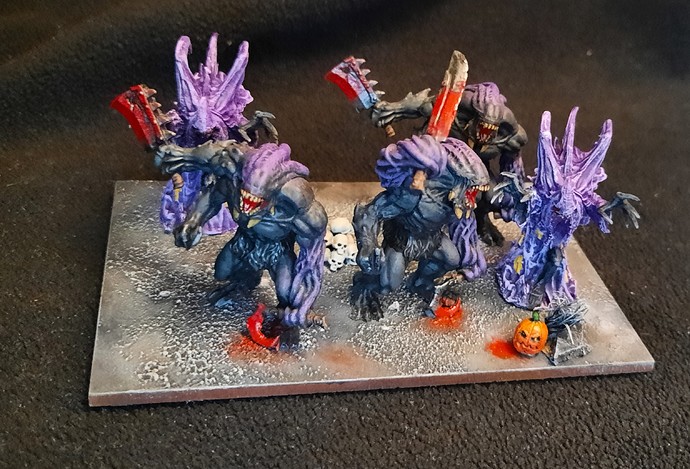 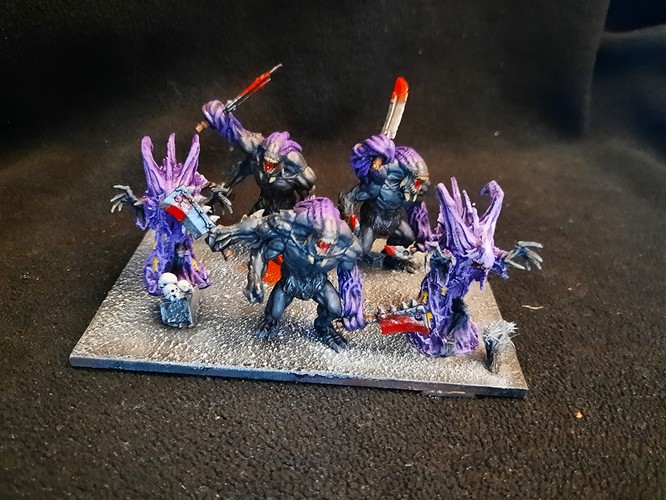 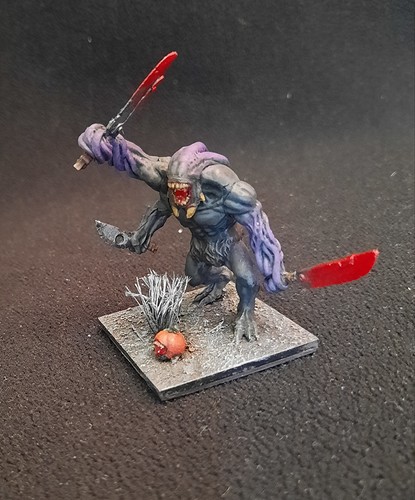 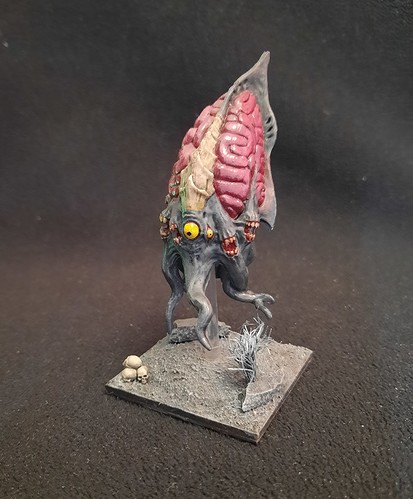 I don’t use induviduals very often with night-stalkers, but these are terrific minis: 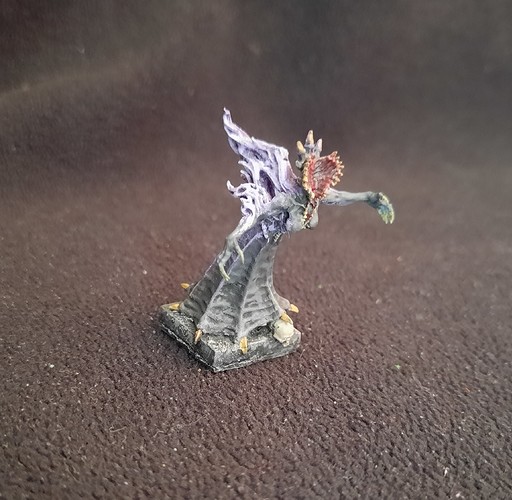 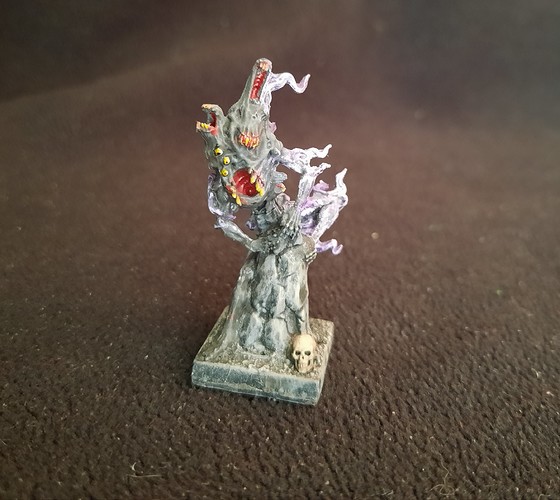 I used most of my horrors as “command” in infantry units, but I kept one separate to be a hero. 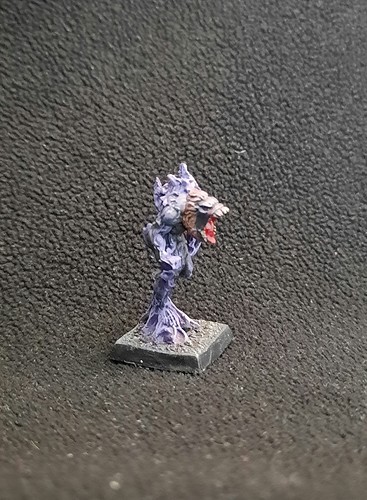 Doppelgangers!
Made from kitbashing left over night-stalkers (the nigh-stalker army box comes with some extras and PMC FTW) and a few bits from my dwarfs 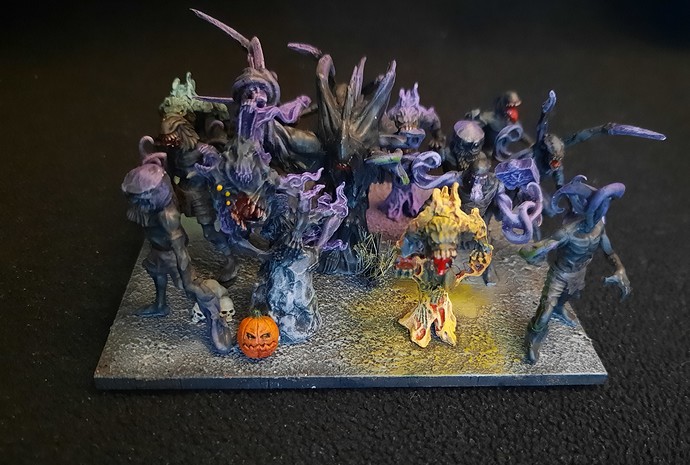 I started night-stalkers long before the giant kit came out, so I got this to be my shadow-hulk: 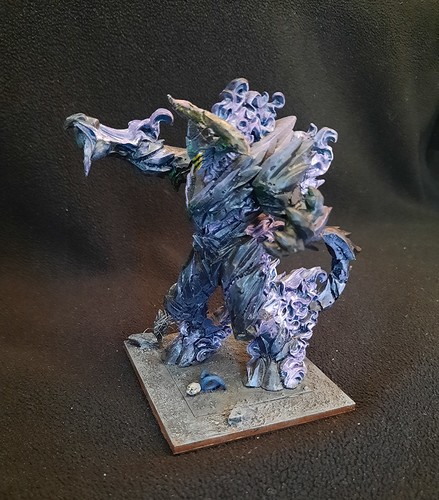 Finally, the few GW models that I kept when I stopped playing Warhammer:

My TERROR!
must be said in a loud and dramatic manner 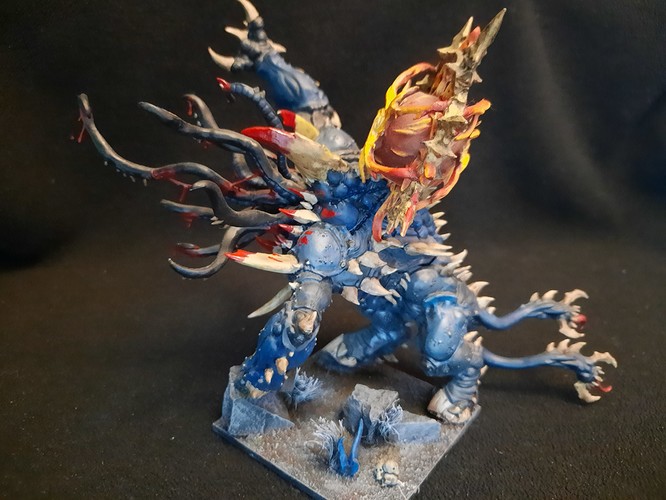 My void lurker:
yes, that’s a 75mm abse with a 50mm slot, like for the shadow-hulk 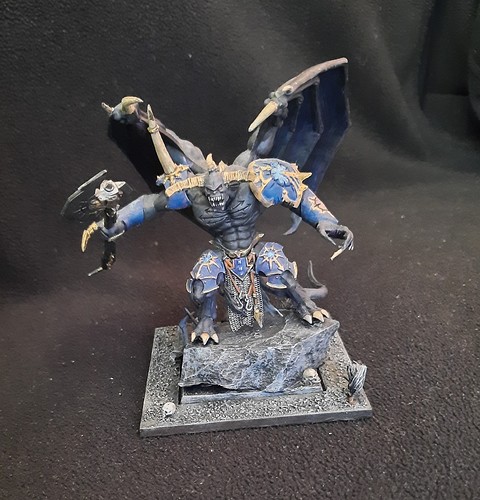 Soulflayers:
Also from before Mantic made models 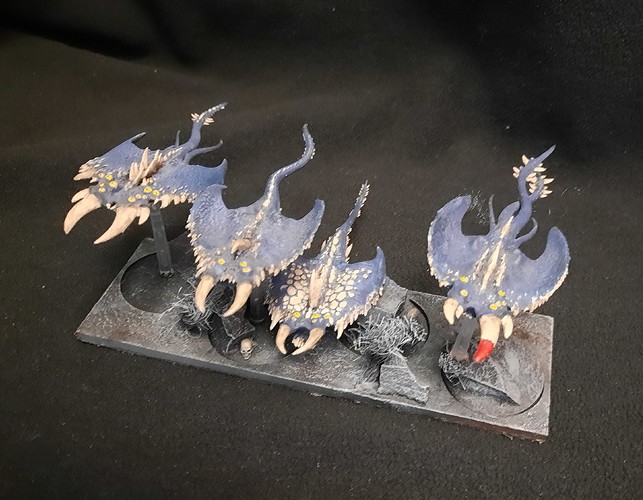 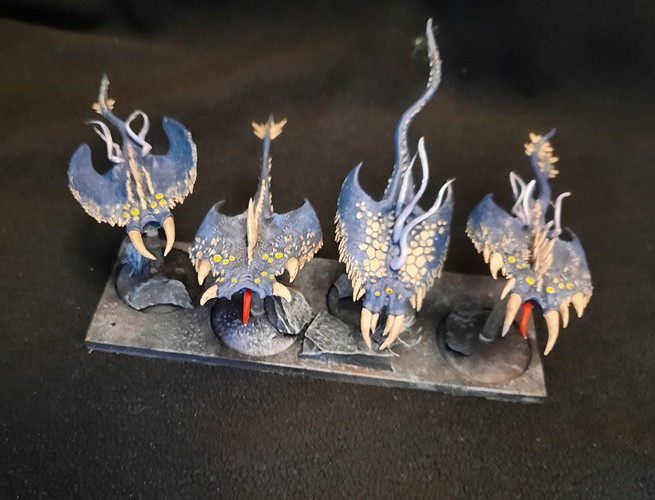