After a few league seasons, my green Nightstalkers had been taken apart to become my undead army.
Here is that project:
Nightshade Nightstalkers project

That left a hole, so I felt it was a great opportunity to work on techniques of snow. I went crazy on the Frost Goblins, Here Frostmoon Goblins but I really needed to spend more time on, not just snow effects, but making the scene look like a real place.

I took a look a the amount of units and some color pallets I really liked on the table. Here is what I came up with. 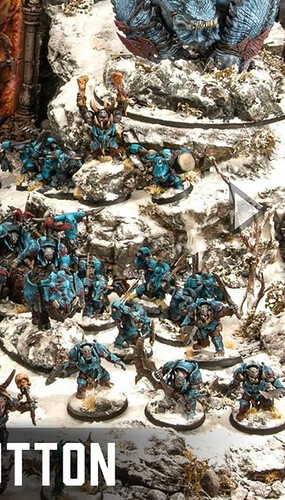 Off I went on some playtesting, and I really liked how the army I wanted to build on was playing. I have many many more models in this army, but here is where I started. 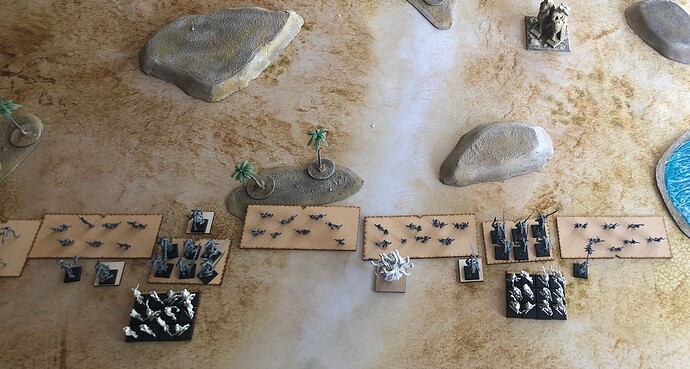 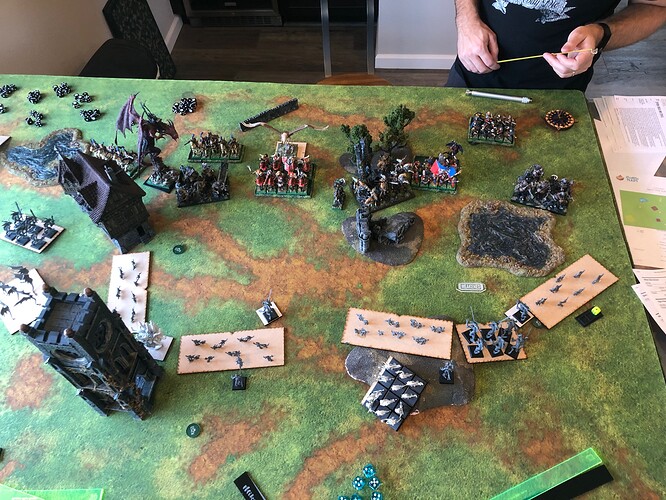 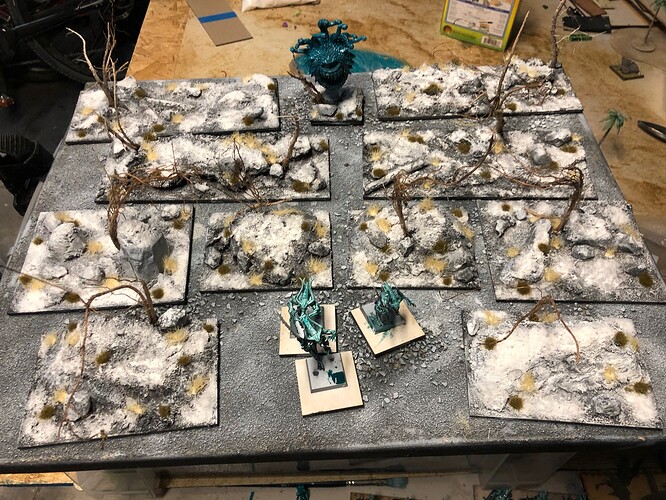 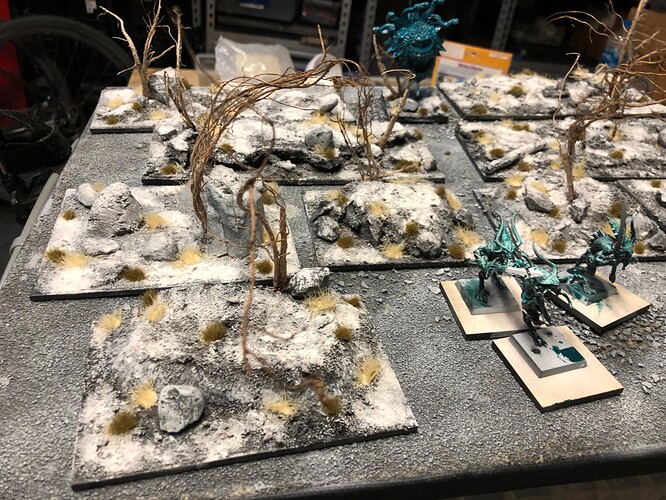 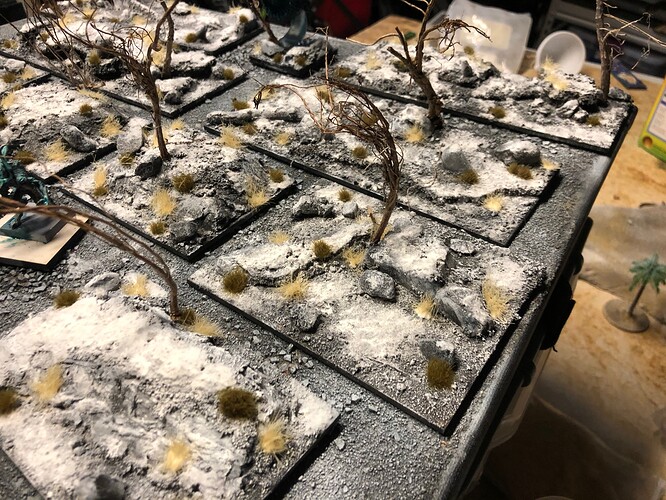 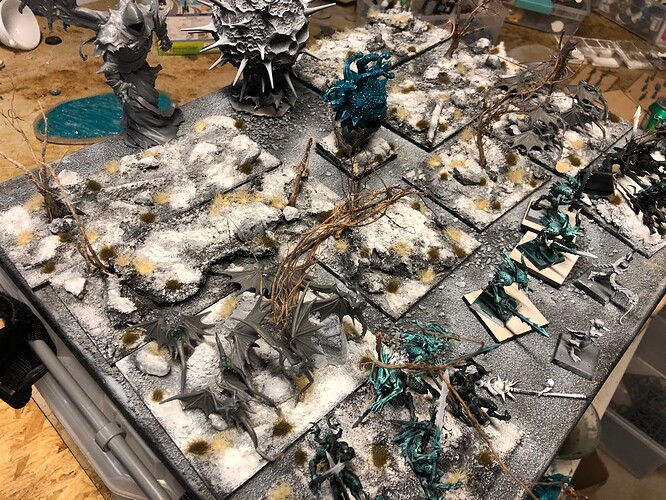 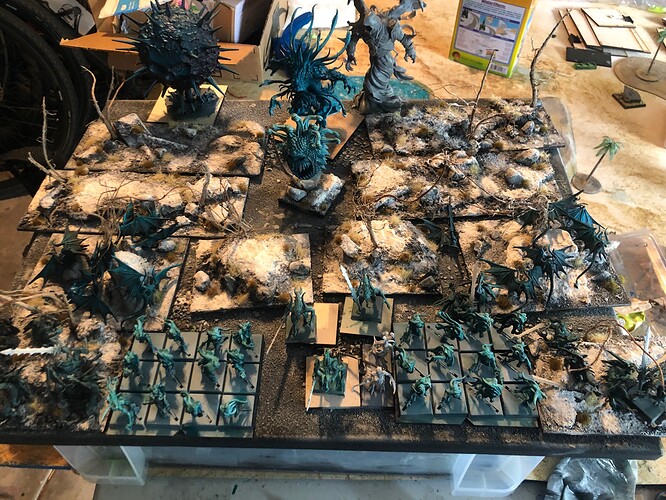 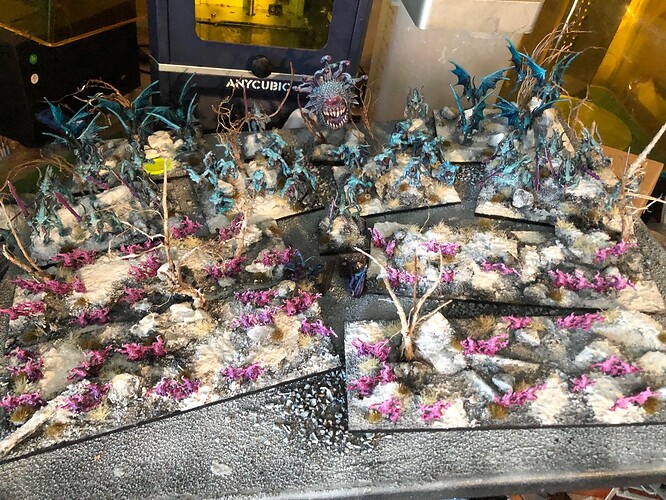 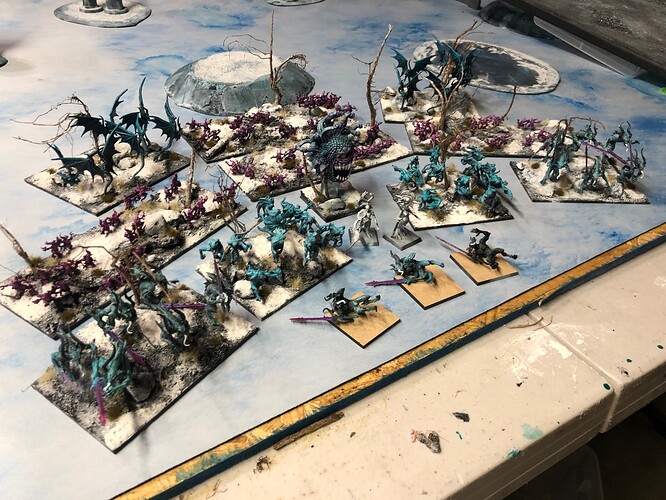 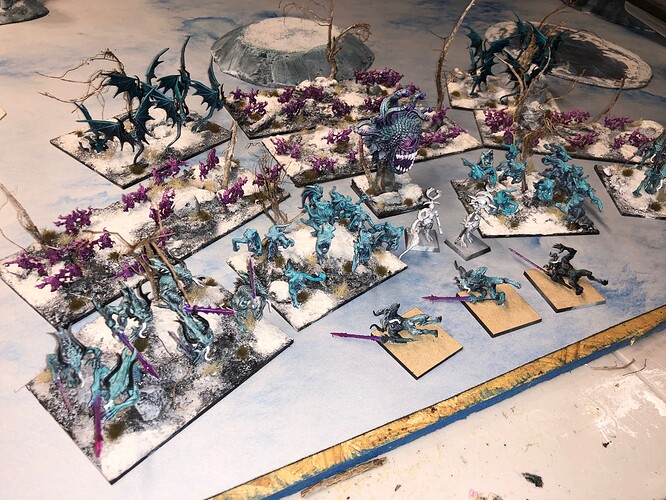 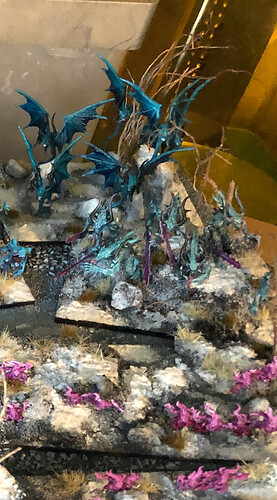 I’ve since added more purple fire dudes and more dead winter trees. I should have took more pictures, but Ill post the game after its played.

I started the army on July 17, I think it’s been sitting for a few weeks now, waiting to get playtime, but it’s first debut will be this coming weekend. Should be fun!

Really love the tone on this one

I need to work on getting better lit images. The undercolors are hard to notice. I’ve added more landscape since these shots too.

In one of the photos, I have a Terror. The spike sphere is the portal, and the winged demon is the void lurker.

Currently the models are:

Need some ideas on other models in the range with a bit more originality:

@MikeGrant you returned to the forum BIG time! Three wonderful projects you’ve got there!

I’m 2 days in on the next project. Going to post that one on a different thread. Ogre/Titans “Hades” project using some of the Stormcast models 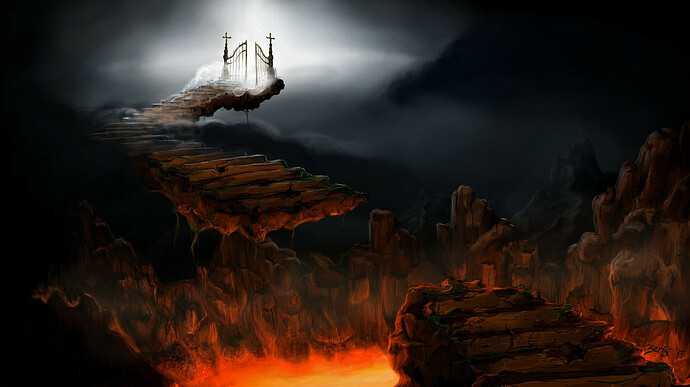 I believe this army deserves the ‘Phenomonal’ stamp of approval! Between the bases and the execution of the unit… great stuff.

Have to say, the GW Endless Spells are a constant temptation, whether to be added to a unit or just to give a base a little extra character.