Started an Atlantean project over Covid. Post a few shots of the projects Ive been working on Here:

With that I had to add my Trident ideas. I started an underworld version back in 2nd, but it didnt quite check on the boxes I was going for. And some diligent folks beat me to it. But after talking with some friends about 3d printing, I though I would reboot that project.

Here are some shots as I was working on it back in March/April this year. 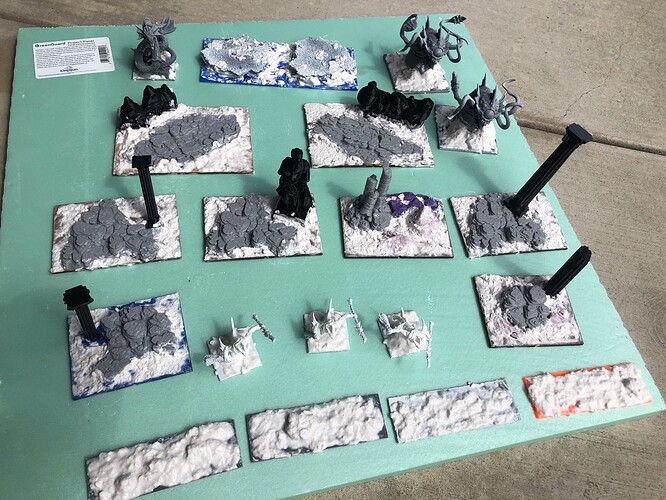 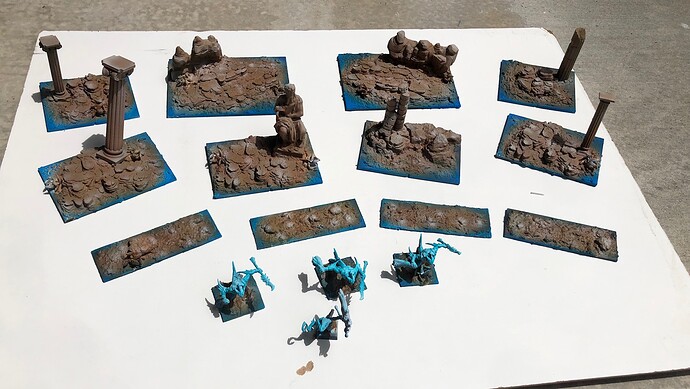 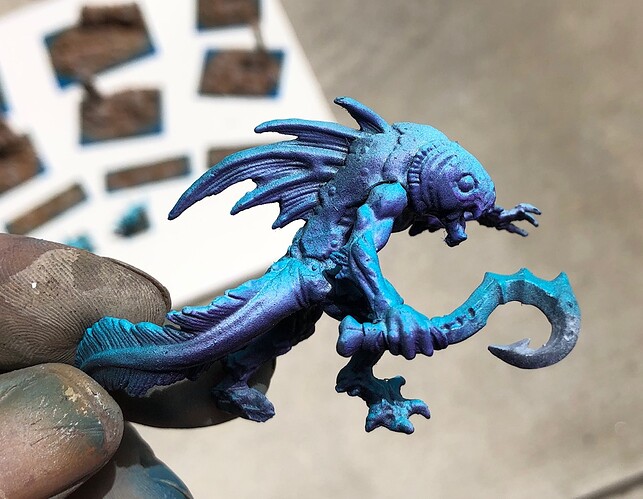 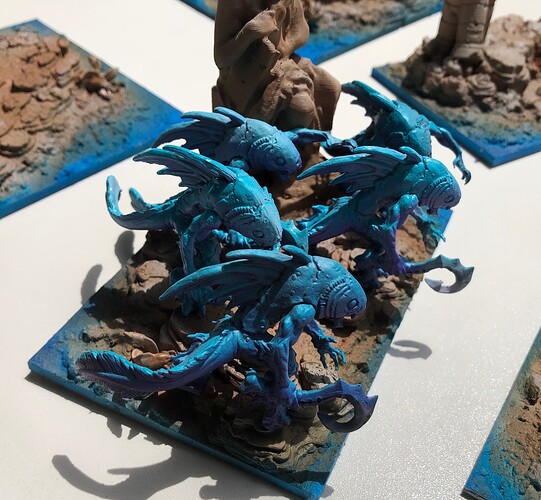 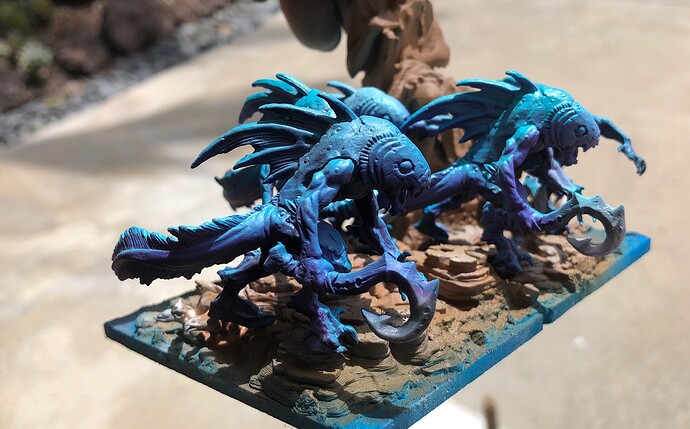 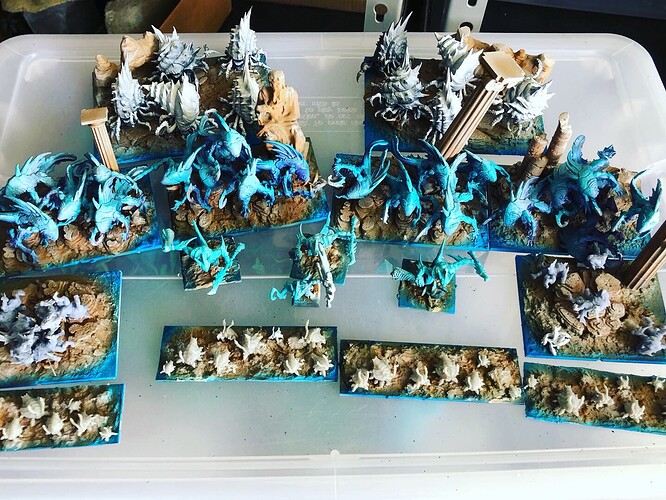 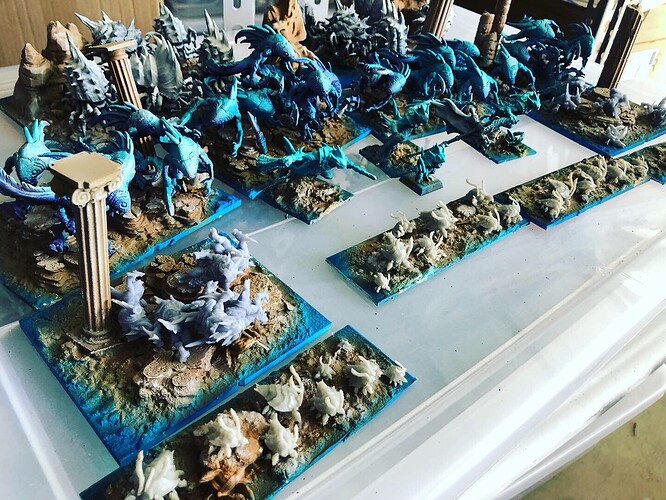 I stopped the production to prepare for Masters. I was playtest 3 other armies at the time. Ratkin, Undead, and Elves, all of which I made armies for masters. I ended up with Undead. Ill cover these in another post.

I needed more practice with this list for sure. Some of the high shooting armies was taking this list off the table much too quickly. But with some practice I think I can make it formidable.

Next up is the waves on the landscape, like the other project links shown. Then getting washes and details on the rest of the models. In the Elf project I got really close to something I liked which I will show in that elf project. Perhaps Ill come back and post a link to that once I get that post up.

I didn’t realize just how many of that one Reaper sculpt you used O_O They look great all swirling together on those great bases.

Also props on the gnarliest Gigas, those TOS crabs are probably the ideal … though they are WAY too big for Height 2, but then again I’m the only person I know who’s made Gigas to scale

To the point that I’m going to rebase mine down to Placoderms, people were shocked I was using my small crab boys as murderous crab monsters, despite being the right size … (This goes for Mantic’s Gigas as well, they’re kind of too big as well

Always cool to see what you’re up to, welcome back to the forum!

Totally agree bro. I wish they performed as well as they did before the changes to nerve. they get shot off and waver too often for my liking. And terrain hurts their only reason to take them. Still wondering how I want to play this army. Considering going with more Ensnares and looking at more higher speed units. I love the Gigas and 2 Krakens. One of my favorite ways to play this army. I run into issues on top tables, but its very competitive.

I want to get the waves done on the units then work on the krakens. Still need to get some of the landscape where I want it to be. Considering Palm trees and some green to give it life. The waves on the other projects bring a huge visual dynamic in person. Almost like its frozen in time. Captivating. Hard to describe.

For sure the current gigas I’m using are closer to height 3. But they really checked the box off for me. I looked for a long time, and there are several 3rd Resin print crab options. Garrett used some crabs I really liked. Was one of the inspirations even to do 3d Resin printing.

Once the waves are on… this will really pop.

Love the atlantean theme! so so very cool!

For sure the current gigas I’m using are closer to height 3. But they really checked the box off for me. I looked for a long time, and there are several 3rd Resin print crab options. Garrett used some crabs I really liked. Was one of the inspirations even to do 3d Resin printing.

Some of the best sized ones I’ve seen are these from Epic, as they’re big but still short, which is pretty rare: 3D Printable Giant Crab Set / Sea Monster Collection by Epic-Miniatures

Absolutely. Too real for me…

Garrett went with these coconut crabs. At the time he came up with his project over a year ago maybe pre-covid discussions, I hadn’t yet convinced myself of 3rd Resin printing yet. So glad I did. 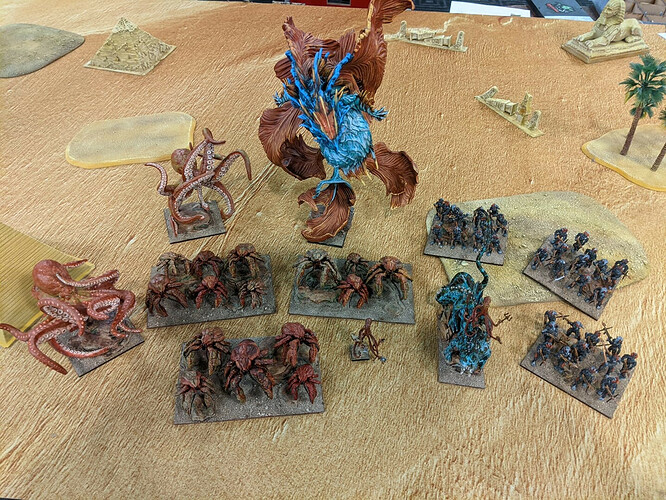